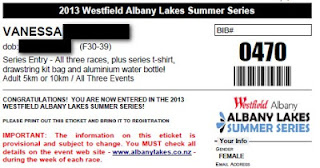 So the Sculpt 6k on Sunday 18th of November marked my last event for 2012. I am a little gutted that I did not actually manage to get 10 events completed this year. If I had completed all 6 of the Run Auckland series then I would have actually made it to a total of 11!
I am not going to beat myself up though as in 2011 I only did ONE event and I have increased this by 8! If I keep going like this then in 2013 I should be doing about 17 events.
You can see my initial list (and more in-depth blog) here. 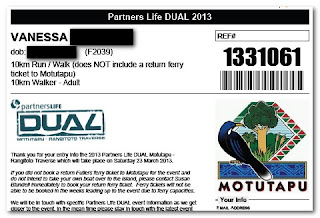 What I have realised is that I love some of these events and now I have done a few I know which ones I want to do again and which ones I will definitely avoid. I honestly thought I would NEVER do Motutapu again especially when I was walking it and having to tell my feet to “keep going”, but I have just registered for this.
I am DEFINITELY wearing a cute outfit at the 2013 Sculpt 6K as a lot of women really got into it. I think the cutest outfit that we saw was 3 women dressed as cute little lady-bugs. I wish I had snapped a photo. Really want to get a team together for this as well.


I found a fabulous website Running Events in Auckland.
Since getting back into walking at night (or in the mornings on the weekend) what I have noticed is that there are a lot of people that train together as a couple. It is actually really nice to see. Two weeks ago I saw two people running with their dog and from a distance I thought they were vomiting at the top of a hill….but nope they were just catching their breath and letting their gorgeous black Labrador have a pee.
The other couple that I see a lot is a woman that runs and her partner/husband/friend/brother etc. actually rides beside her. I thought “that is fabulous support and so safe for her”.
I have considered walking with Mark, but I appreciate the time on my own listening to music and processing my day at work. Also, he’s a lot fitter (and smaller) than me and is constantly saying “how about we run a bit” or “lets walk a bit faster”. It always frustrates me as I am still building my fitness level back up, however maybe I should not let it frustrate me and treat it like motivation to be better, faster, stronger.
What events are you interested in doing? Do you train with a partner or friend?
Posted by Ness at 4:12 PM 6 comments