I Love you My Beautiful Friend 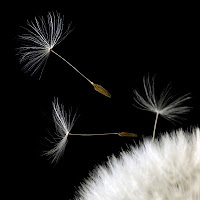 I have a very close friend named S. We have known each other for about 12 ½ years.

I met S when I worked for a women’s clothing shop where she was a client. The owner of the business suggested that perhaps we should go out for coffee together as we were both “young, single, girls”.

I can still remember where S and I had our first coffee “date”. It was at the Long Drop Cafe/Restaurant in Titirangi and we both had the banoffee pie.

We started hanging out regularly. At the time S was teaching aerobics in Glen Eden. I have fond memories of going to her Tuesday class and then heading back to her place for a shower, takeaways and some good Tuesday night TV.

We would go dancing all night in town; have calamari rings on K Road once the ‘Someplace Else’ bar shut around 3pm. We went to the gym together; we went to Weight Watchers (aka “Fat Club) together. We found a creative way to have fun without “spending” any valuable Weight Watchers food points.

I supported S when her boyfriend shattered her heart into pieces. I was there when S met her future husband J. I was her shoulder to cry on when the same man told her on New Year’s Eve that they should break up because he was leaving for Sydney. Then I waved good bye to my beautiful friend and J when she made the huge decision to move with him to Australia.

S and J moved back to New Zealand around the time that I met Mark. About 1-2 years later was when she first got sick. I got a phone call from J to say that he was away on business and that she had been admitted into our local hospital with an unknown illness/virus and could I go and see her.

From then on in life for my beautiful friend, and her lovely partner got horrible and hard. The doctors were stumped; and she was put through poking, prodding and a battery of tests. She lost a significant amount of weight, as could not keep anything down for long.

Finally they diagnosed that she had a fairly rare neurological disease that only a handful of people in New Zealand have. It is kind of manageable, but not curable.

Over the past 5 or so years, my friend has handled this disease with amazing strength, humour and dignity. She has been in hospital so many times, she has probably lost count and she is known by many of the neurological staff.

She stood beside me at my wedding and I stood by her at her wedding a few months later. I have been friends with her and her husband for the length of their relationship, and I can see how much they love each other. I spoke at their wedding, and I spoke of my love for her and for him. He has been a rock for her to lean on when life seems futile.

Almost two weeks ago S underwent neuro surgery to remove a cyst the size of a ping-pong ball that had grown in her brain; a cyst that is 99.9% a result of her disease. It was touch and go and after a week in hospital and a new scar to her collection she was finally ready to go home. It was not until I saw a copy of her MRI yesterday that it sunk in just how serious things were.

I am not religious, but in the days before and after her operation I begged the universe to get her through. After a few false starts the universe finally sat up and took note and she survived.

I love my friend, but I hate the disease that she has. I want to kick it in the guts, because that is what it has done to her. It has kicked her in the guts over and over again. Sometimes I wish that Dr House could come and fix it!

So to my friend; I love you and you show such strength in the face of a horrible disease. You retain your sense of humour when most people would have lost theirs. I wish I could fix you, but I cannot. So I will share your life and provide love and laughter, and give you hugs when things get rough.

My message is simple; appreciate your time on earth for it is short and treasure your family, friends and most of all life. Try and find a little happiness and joy each day no matter how hard things are.
Posted by Ness at 12:32 PM 2 comments

I love the water and would love to be able to water ski or windsurf.

I last tried to water ski when I was 16 years old and unfortunately I was too tall (and big) for the size of the boat. So I gave up.

About a year ago I found out that I had been water skiing “successfully” before. Now my memory is not great, but I wondered how I could have forgotten that. It turned out that when my mum was pregnant with me she went water skiing.

Being adopted there are things I did not know; things that people take for granted. Since finding my birth family they have been able to fill the gaps over the years.

I love my parents and have never wanted for anything. They raised me with full disclosure about my adoption, the reasons surrounding my adoption and as much information as they had about my birth family (which was not much). Nevertheless, at the end of the day there were still some things that only my birth mum and family could tell me. Knowing these things certainly brings me closer to being a “whole” person.

So I now know what my mum’s pregnancy with me was like (yes I pressed on her sciatic nerve) and my birth. I have been water skiing before. And by June this year I will have been to my grandparents 25th, 50th and 60th Wedding Anniversaries.

These might be things that others take for granted, but to me they are special because if I had never met my birth family, I would have never known these things.
So perhaps this is the time to start talking to your family about things that you do not know about them. You might be surprised.
Posted by Ness at 12:05 PM 1 comments